What Was the Harlem Renaissance — And Why It Mattered 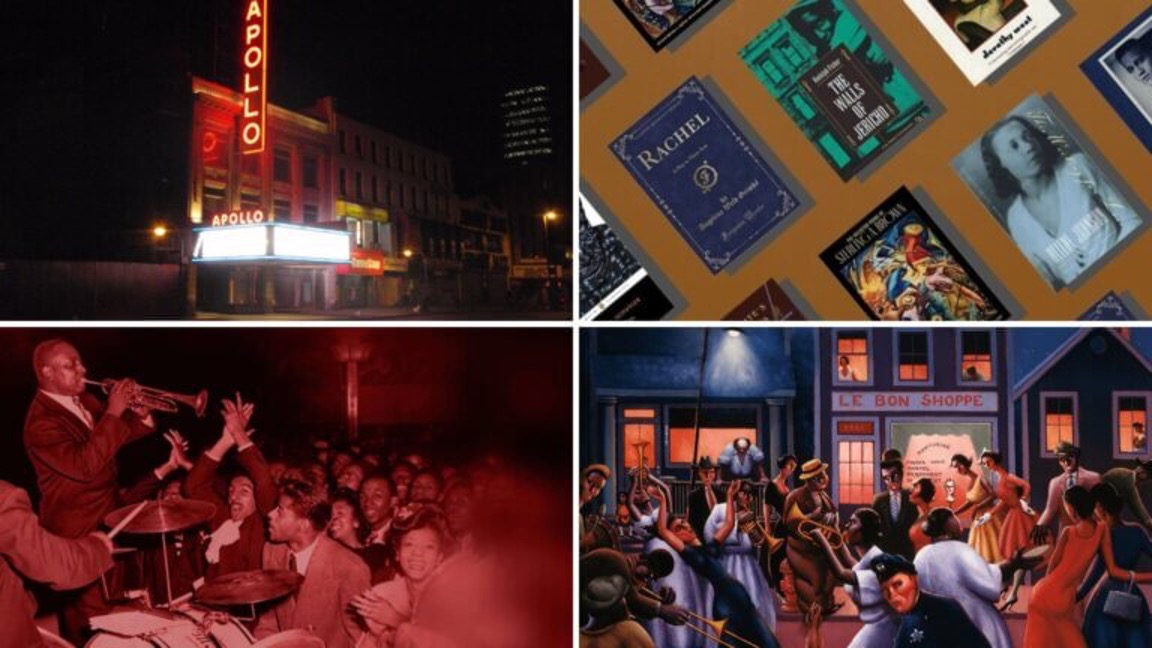 Beginnings of the Harlem Renaissance

As for its setting, the Harlem Renaissance began in Harlem, but its cultural reach extended all around the world.

For a quick introduction to the Harlem Renaissance, check out this quick video from Black History in Two Minutes or So.

So, we know this renaissance was important — but what exactly was it? Let’s answer that question with a formal Harlem Renaissance definition.

WHY DID THE HARLEM RENAISSANCE HAPPEN?

The road to the Renaissance

In 1862, President Abraham Lincoln issued the Emancipation Proclamation, which guaranteed the legal right to freedom for all slaves in the United States. But even though slavery was termed illegal in the South after the Civil War, African Americans still had to contend with hate, bigotry, and discrimination, as well as separate and unequal access to education, healthcare, and childcare.

Because of this, over the following decades, millions of former slaves migrated North in what is now known as “the first Great Migration.”

By the 1920s, hundreds of thousands of black Americans had moved to major urban centers such as New York City, Chicago, and Detroit. But still, albeit indirectly, neighborhoods were mostly segregated. Let’s check out a video by Extra Credits that explores the road leading up to the Harlem Renaissance.

In New York City, Harlem became one of the most populous urban centers for black Americans. Why Harlem? Well, for a few reasons. Harlem was a fairly developed neighborhood, which meant it attracted an educated demographic. Second, it was centrally located; not just because it was in New York City, but because it hosted major landmarks such as the Polo Grounds and the Harlem Opera House. All of this serves to say that there was a lot going on in Harlem, which made it the perfect place for an explosion of art.

Development of the Harlem Renaissance

There are too many icons of the Harlem Renaissance to go over here so we’re going to focus on just a few.

W. E. B. Du Bois — a writer, educator, and activist who had enormous influence on not just the black community, but American society as a whole. Here’s a quick video on Du Bois from Biography.

Du Bois supported the art movement in Harlem during its early years by promoting it in the NAACP official magazine: The Crisis (which he was editor of). But as the years went by, Du Bois grew disillusioned by the Renaissance and how it influenced white perception of black communities.

Langston Hughes — a writer and social activist who is widely cited as one of the greatest American poets of all-time. Here’s a video about Hughes and his impact from Crash Course.

Hughes left an indelible imprint on the world of literature with his searing prose and tender poetry. His works “The Negro Speaks of Rivers” and “Harlem” are regarded as masterworks of the poetic form.

Zora Neale Hurston — a prolific writer and filmmaker who studied anthropology and voodooism. Huston was raised in Eatonville, Florida, one of the first all-black incorporated towns in the United States. Her 1937 novel Their Eyes Were Watching God is widely regarded as one of the most important American novels ever written. Let’s listen to John Green of Crash Course break down why the novel was so important.

Hurston was a titanic figure during the Harlem Renaissance who helped found the African American literary magazine Fire!!

Alain Locke — a writer and philosopher who served as the godfather of the Harlem Renaissance. His 1925 anthology The New Negro is regarded as one of the greatest anthologies ever produced.

The New Negro featured writing from Locke, as well as works from Countee Cullen, Langston Hughes, Zora Neale Hurston, and other leaders of the Harlem Renaissance.

Louis Armstrong — a trumpeter, singer, and founding father of jazz. He changed the course of music history with his fast-tempo play and lively performances. Check out one of his collaborations with fellow Harlem Renaissance pioneer Duke Ellington below.

Armstrong helped extend the cultural reach of the Harlem Renaissance from urban New York to rural streets all over the world.

Why was the Harlem Renaissance important?

The allure of Harlem in the 1920s proved to be a blessing and a curse. Although the neighborhood flourished in an artistic and economic sense, it began to deteriorate under the pressure of white patrons, who were often more interested in seeing “the spectacle” of black culture than helping to “build” black culture.

By the late 1920s, Harlem had become a hotbed for a mixed race social scene. The Savoy Ballroom hosted thousands of customers a night — and it prided itself on being a “no discrimination” venue. At the Savoy, men and women of all colors danced away to the tune of jazz and a roaring economy.

The Cotton Club was perhaps a more famous establishment during this era. But unlike its mixed-race competitor, the Cotton Club was mostly “whites-only,” save for the exception of black performers and black celebrities.

The Savoy Ballroom and the Cotton Club epitomized the dichotomy of the social scene during the Harlem Renaissance. On one hand, there were white patrons who were interested in supporting the cultivation of a new black culture. On the other hand, there were white patrons more interested in the voyeurism of black culture; almost treating it like a novelty rather than a cultural identity.

But by the summer of 1929, these issues were replaced by a uniting anxiety of an impending economic crash.

The stock market crash of 1929 spelled the end of the Harlem Renaissance, not just in New York, but in most places in the U.S. and abroad. Wide-sweeping financial losses forced businesses to close and prompted employees to look elsewhere for work. The bustling cultural center that was Harlem ultimately decayed under the burden of financial distress.

It took decades to rebuild Harlem after the Great Depression — but the influence of its historic culture is still studied throughout the world today.